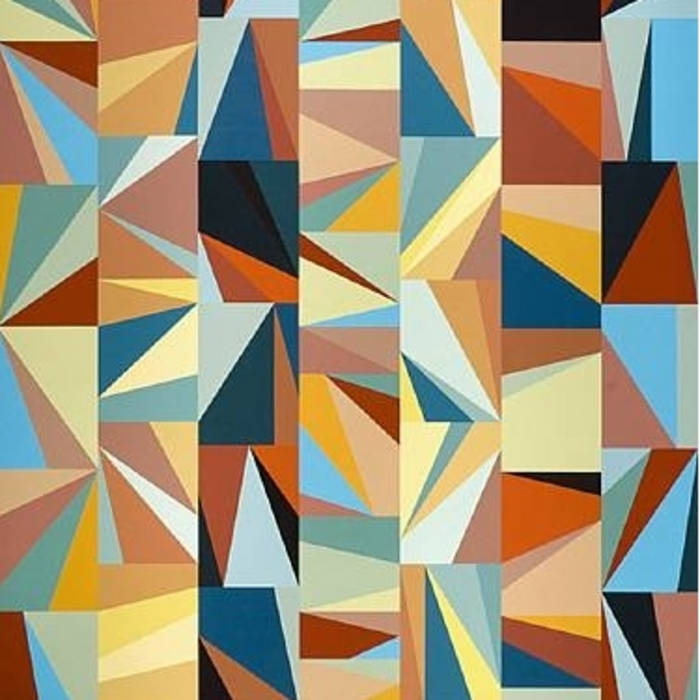 “The idea for this composition arose from a desire to create a piece of music around Odita’s poem-like text about colour, the forward to his exhibition, and his voice of such particular cadence which I had recorded over a Skype call one February morning this past winter.

I had become better acquainted with his hard-edged, abstract colour paintings a few months back, thanks to a feature on Another Africa www.anotherafrica.net, and had been instantly uplifted and inspired by them: besides offering new, exciting ways to feel and think about the world they seemed to suggest new forms of music to me; in a way, they were the music I’d always wanted to see.

I often view music-making as a form of internal geography, be it about landscape, story or situation, and it was this similar quality that I found in Odita’s paintings that I guess most connected me to them. I wanted to explore this possible ‘place’, perhaps a sort of global space inspired by an imaginary Africa, that was somehow suggested by my experience of the paintings but little did I know that this would turn into a much longer mental journey around the continent and its divergent countries: through streets, market places, nightclubs, music shops, barber shops, artist studios, schools, art galleries, rural villages, tribal settlements, festivals, museums, science labs, a rainforest, communities…piqued and guided by natural curiosity, Missla’s (the editor of Another Africa) and my burgeoning conversations, things I’d discover and read and listen to, often through Another Africa or listentoafrica.com, and my own sprouting sketches.

What you hear here is just one of the stories from this journey – or rather an amalgam of interwoven stories, impressions and places – merged with my intuitive response to Odita’s paintings and condensed by the constraint of the time (I admit, I kept delaying my return and then did so at the last minute…).

As is often the case with the creative process, I didn’t quite end up where I’d originally imagined. But this is what makes creative practice so fun: you can imagine a possible world or situation, and then try to pull yourself towards that through your work. And the end result doesn’t necessarily have to reflect this; in fact it nearly always fails. But that’s another new possibility.”

Color does what it wants
It misbehaves

But most importantly,
Color can change our minds